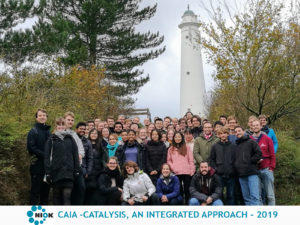 NIOK considers education of young researchers of prime importance. Education in NIOK certainly contributes to the quality of catalysis research and developments in the Netherlands. NIOK educates young researchers in the field of catalysis by offering : – a number of courses for graduates and for master students – outstanding MSc and PhD students a complete interdisciplinary training with a special focus on developing academic and research skills, and ultimately aiming for a future career in research or industry.